When Cambo came to live at my expense, back in 2006/2007 it was immediately apparent how different he was to my previous bike. At this point he wasn’t called Cambo. He had no name. His handlebars were straight whereas the bike he replaced had drops. His gears were on the bars and indexed, whereas the old bike had levers on the down tube with no indexes. He was nippy. He was, in short, a joy to ride.

He is still a joy to ride. I load him with panniers front and rear and add clothes, tents, camping stuff and ride him from one end of the country to the other. Both ways. He is a Shire Horse and a stallion rolled into one.

There is one thing that he is unsuited to, and that is racing. See, that’s not what he wants to do. He wants to ride long days in the sun and carry everything you need for a picnic. He doesn’t want to race.

And so, Grawp. Grawp is a racer. He likes to race. He doesn’t want to carry anything. He has a very small seat pack that holds tyre levers and inner tube, other than that he carries one bottle and me.

Grawp came with attitude. Grawp is a gelding. Grawp would throw me and carry on racing. He has dropped handlebars, gears that are not designed for hill climbing. He will never carry a pannier.

Cambo earned his name by being Noble and True. Grawp had chosen his even before he left he shop, and gave me no choice in the matter. 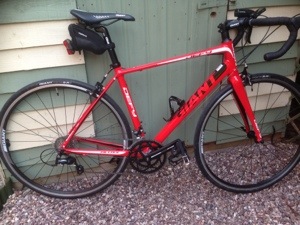 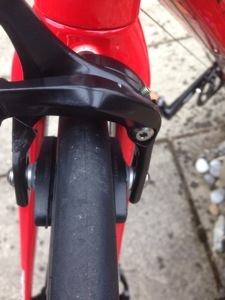