We were all set to go to Chepstow but the weather had other plans.  There would have been a strong headwind most of the way home.  Paul would have been OK with this but Cambo would have become quite tired, and so instead we went for a round trip up to the airport then into Bristol for coffee.

Mike is starting to like hills – look, you can see him smiling. 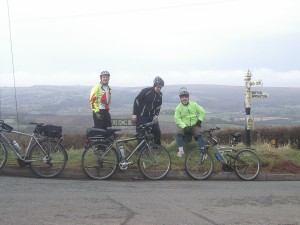 Mike. Smiling with happiness just to be on a hill
Actually, that might just be wind.

It was a good ride though, even though it wasn’t the planned one.  Some country roads, some main roads, some cycle path and some hills – what’s not to like? 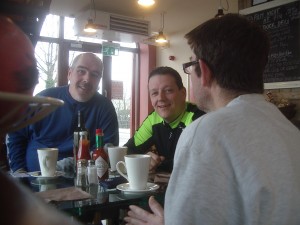 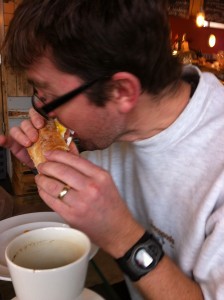 And that was a fine Bacon and Egg roll